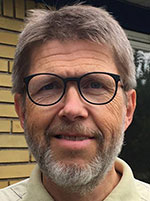 Debut in 1986 with The Studio (Atelieret), short satirical comics about a group of frustrated young artists. In 1990, 50 years after the German occupation, Roland, Morten Hesseldahl and Henrik Rehr made five volumes of Denmark Occupied (Danmark Besat), each covering one year of the occupation. Since then Niels has concentrated on daily and weekly comics for Danish newspapers, in recent years mainly Weekendavisen. 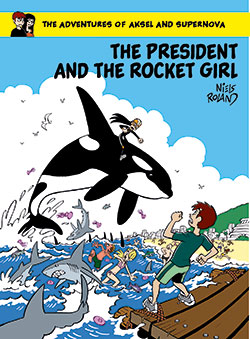 Aksel befriends Nova, a girl from the sky with superpowers, and must decide whether her powers should be used to his own  benefit or to help other people. 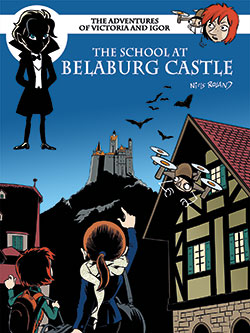 Among other adventures Victoria and her drone Igor are accepted as students at the mysterious school at Belaburg Castle – the former home of count Darkula.