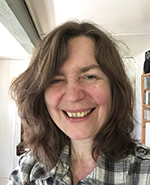 Born 1963, autodidact artist with an affinity for comics. In 1988, her first professional comic book, Hamlet 5. akt, scene 2 was published by Bogfabrikken. In 2020 she rekindled her old comics character, Dorthea, and created a full story of 44 pages and established her own publishing house. Henriette is currently
working on her next comic book.

Book 1: The Deathlist.
NEW! 2020: Interpol agent Dorthea Bourgogne gets busy when Interpol discover that a deathlist exists
on which Dorthea herself is next in line. Her investigation takes her to castles, dungeons, train roofs
and house roofs before the mystery is solved.

Book 2: Lullaby (January 2021)
NEW! 2021: Interpol agent Dorthea Bourgogne spots the face of an assassin that once tried to kill her.
She goes undercover and is soon dangling from the ropes of a Viking ship before she identifies the
assassin’s target and cracks the case.

Text and art by Henriette Westh. 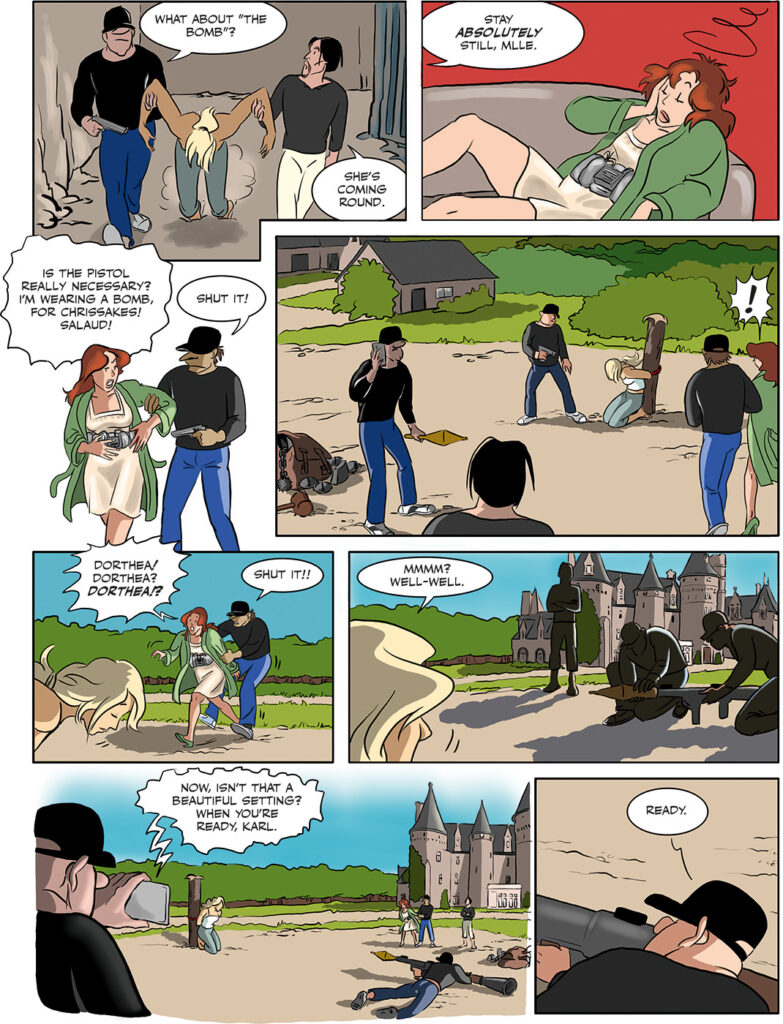 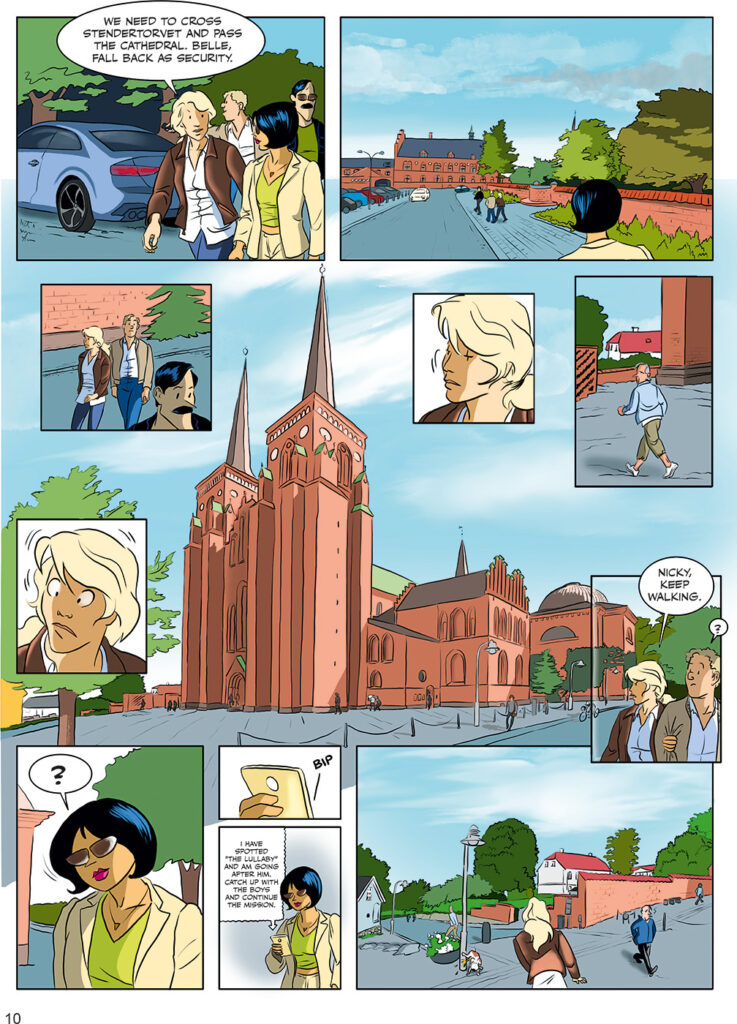